The State of Audio Measurement: Notes from the asi International Radio & Audio Conference 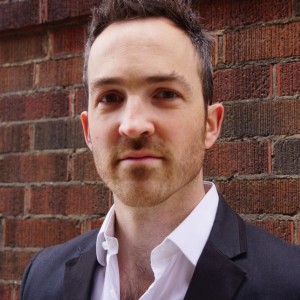 Last week was asi’s annual audio measurement conference, a gathering of mainly research and measurement experts held this year in Nice. I attended not just because of the location (although of course that didn’t hurt!), but also to understand current and future developments in audience measurement in the audio industry, particularly as it relates to digital audio (podcasts, streamed music and the like). There was a diverse group of representatives from Finland, Norway, France, the UK, Australia and the US among others, covering a range of themes; but for me it boiled down to three major insights.

Traditionally, audience measurement in audio has been driven by radio, and despite recent developments it remains that way. Essentially, it has always been a way to buy and quantify radio ad campaigns, and although the radio industry can look quite diverse by country (Norway turned of all FM transmitters in 2017, for example, while the UK’s largest radio broadcast carries no advertising), in all countries audio measurement is designed to answer the question “how many people listened to this radio station at this time?”.

As in so many industries, COVID prompted some changes to audio measurement and the methodologies used, with the industry shifting generally to passive methods of collecting listening data. Some measurement bodies such as Gfk in Australia have used these changes to completely relaunch Australia’s measurement system; but on the whole these shifts remain quite limited in scope. Audio audience measurement still relies to a surprising extent on people remembering and reporting their own listening behaviour in surveys or diaries; and crucially the data still exist primarily as a tool to buy and sell radio ad campaigns.

Despite these limited advances, the conference discussions recognised that how people listen to audio content is changing, and that audience measurement needs to change to reflect that. A significant area of focus is headphone listening: while passively capturing people’s listening habits is a better way of measuring listening than previous approaches, it generally relies on the content being audible (i.e. played through a speaker), meaning headphone listening is usually not captured. Some providers such as Nielsen use devices that must be plugged into a listener’s earphones or mobile phone; others such as the Norwegian measurement body use data modelling to account for this ‘missing’ listening – as illustrated by possibly this amusing slide:

The industry’s second big focus is the increasing share of radio listening that’s online (through smart speakers and TuneIn, for example), and how to incorporate that online listening into ‘total’ radio listening figures. Australia’s new radio measurement system will include server logs from 150 online radio stations; and Daryl Battaglia of Triton Digital talked about the benefits of combining server data and panel data to arrive at robust listening figures. It was clear across the discussions that this type of server-based ‘census’ data is a key ingredient of the future of audio measurement, and one that an increasing number of measurement bodies are incorporating into their thinking.

3. A single measurement source covering all audio platforms is a long way off

The audio industry has a notion that one day marketers should be able to build truly multi-platform audio campaigns – including radio, podcasts and streamed music – and understand their campaigns’ performance across those channels. As a concept, it makes a lot of sense that a marketer should be able to see how their Spotify and radio ads are working together; but a central pillar of that goal is creating a single measurement source that covers all those platforms in directly comparable ways. And although the technology already exists to do so, it was clear at the conference that this remains, for now, a pipedream.

In essence, this is because there just isn’t the appetite for it. As mentioned above, these audio measurement bodies are funded for the most part by commercial broadcasters, and the audience figures they provide are a unique asset for attracting brands and their advertising budgets. Broadcasters see little incentive to open this measurement to new competitors, such as Spotify, Deezer and Acast, who might take some of those ad dollars from them; reading between the lines broadcasters may see it as an advantage that marketers can’t directly compare their stations to Spotify.

The converse is also true of course: online audio publishers aren’t exactly desperate to be measured side by side with radio. Currently ad campaigns on Spotify and other audio platforms are bought much like other digital ad formats, with the metrics (impressions, reach, frequency) and targeting that marketers expect of online and programmatic ad platforms; and the growing ad spend going towards audio platforms such as Spotify shows that this system is perfectly sufficient, at least for now.

So that’s the state of audience measurement in the audio space for the foreseeable future. Radio measurement will continue to slowly evolve, incorporating more passive measurement and radio streaming; meanwhile podcasts and music streaming will retain their own metrics and ways of measuring content reach and campaign performance. It’s a fascinating space, with more developments to come over the next few years; personally I’m just hoping asi continues to hold its Audio Measurement conferences in pleasantly warm European seaside towns!

Get audio insights delivered to your inbox!

A bi-weekly email to keep you posted on the changes we’re seeing on the audio landscape.
SUBSCRIBE

Nick Drew is a senior research consultant with Signal Hill Insights. He leads many of the firm’s ad effectiveness and brand lift studies, applying his client side expertise from heading up research for Yahoo in Canada and LATAM and previous roles with The Financial Times and Microsoft. You can reach Nick here.
PrevPreviousIf There Was a Marketing Campaign to Promote Podcast Listening, What Would it Say?
Next3 Big Things We Learned from Our Audio Research in 2022Next

3 Big Things We Learned from Our Audio Research in 2022

It’s been a crazy and a challenging year for audio. Dampened by recession fears, radio revenues have been slow to return as we emerge from

If There Was a Marketing Campaign to Promote Podcast Listening, What Would it Say?

‘Got milk?’ may be the most iconic marketing campaign of all time. For 25 years through 2018, Annie Leibovitz took 180 photos of celebrities from

Does Podcast Advertising Have a Repetition Problem?

To repeat ads, or not to repeat ads. That is the question that has been making the rounds of the podcast advertising blogosphere the last