Rogan & Spotify: The Public Weighs In 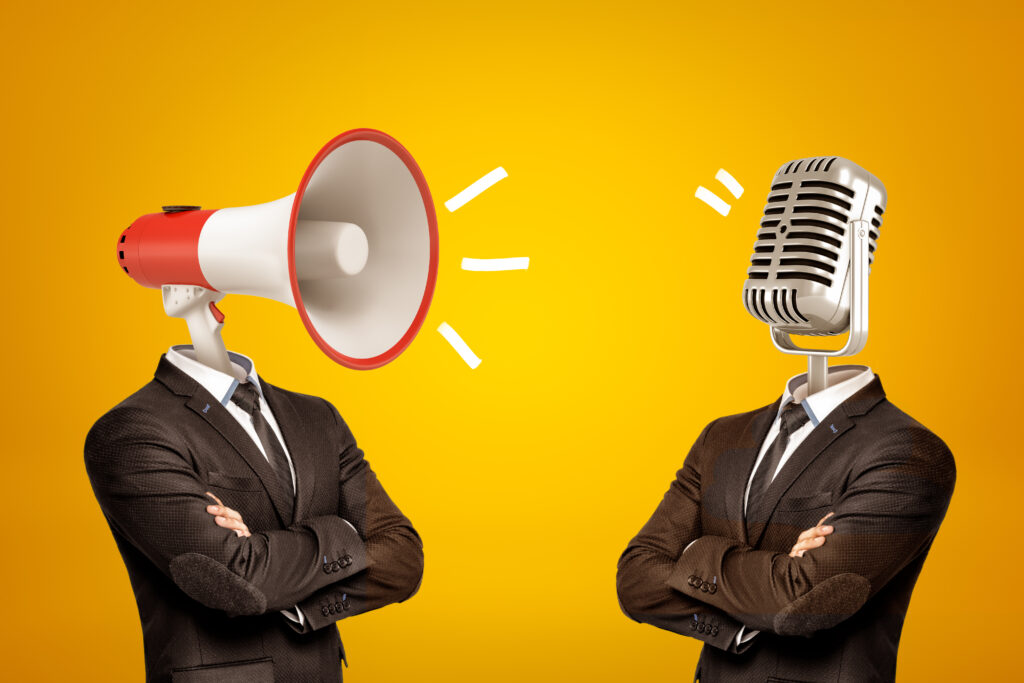 The podcasting industry has, a little uncomfortably, found itself in the spotlight the last couple of weeks with daily developments in the Joe Rogan/Spotify saga front and centre across all media outlets.

First, a quick rewind. The story dates back to December when the Spotify exclusive podcast The Joe Rogan Experience (JRE) featured the controversial virologist Robert Malone as a guest. Accused of spreading misinformation, Malone’s appearance led to Spotify receiving an open letter from the global scientific and medical community asking Rogan and Spotify to “immediately establish a clear and public policy to moderate misinformation.”

The story escalated when Neil Young demanded that Spotify remove his music from the platform, forcing them to choose between him and Rogan. Other artists like Joni Mitchell and Nils Lofgren followed suit. Among podcasters, Brené Brown shared that she won’t be releasing any further episodes for her Spotify exclusive podcasts until Spotify addressed the issue. Several new developments, including use of the n-word in JRE episodes from several years back, have kept the story alive since.

On one level, this is just the latest chapter in the creator vs. platform debate that’s been raging over the past few years with regards to social media. Should a platform exercise editorial oversight over the creators it platforms? How would the Internet be affected if platforms were held to the same standards and liabilities applied to traditional publishers?

But there’s an important difference with the Rogan/Spotify debate. The audio streaming app secured an exclusive licensing deal with JRE for $100 million back in May 2020. That tied Spotify to Rogan in a way that’s distinct from the kind of relationship between social media platforms and their creators. And it was certainly a first for podcasting which had to that point relied upon source RSS feeds that made podcasts available across multiple podcast apps.

The exclusive licensing deal—and the ad dollars and profits it generates—puts Spotify squarely in the crosshairs of the controversy around Rogan’s content. The story is playing itself out in the public arena where it’s caught the attention of listeners, Spotify subscribers, investors, and consumers of brands promoted by advertisers. And so it is that the court of public opinion is where this debate will likely be settled.

That’s why we felt a brief survey asking the public how they were feeling about the controversy would shed some light on implications for JRE, Spotify and podcasting at large.

We conducted a nationally representative online survey of Canadian adults and, for comparative purposes, an abbreviated survey among American adults. Two things to bear in mind: 1) these opinions are only for the JRE podcast and shouldn’t be interpreted as any kind of blanket comment regarding editorial control over podcasts in general; and 2) the surveys took place from February 2 to 4, prior to additional accusations of racial slurs on episodes of JRE from several years ago.

Here are the results.

The controversy has further polarized opinions around the podcast.

News cycles are polarized when the public opinion is split between two opposing camps, and each camp takes an absolutist or black-and-white approach to the conversation. The Rogan/Spotify controversy has landed in a particularly fractious and polarized time.

And we see that loud and clear when comparing the opinions of JRE listeners vs JRE non-listeners.

In the JRE non-listener camp, 73% of podcast listeners who never listen to the show said that this controversy has made them less interested in listening to JRE; in the JRE listener camp, 52% of JRE listeners said it has actually made them more interested in listening to or watching the podcast. In other words, both camps have doubled down on their previously held positions about the show.

This is unsurprising. Podcasting insiders and Rogan listeners have always known that he’s a polarizing character held accountable to no one but himself. Non-listeners were, well, not listening to him. But that changed with Spotify’s exclusive licensing deal. Suddenly, there was a platform to hold accountable for Rogan’s actions.

So what do these polarized audiences expect Spotify to do?

More than half (53%) of the Canadian adults with an opinion and 40% of American adults felt that Spotify has responsibility to exert editorial control over Rogan’s show. More than a third (37%) of American adults chose the other extreme, feeling that JRE should be free to feature “whatever guests or commentary” might interest its audience.

Notably, 26% of both Canadian and American adults said that Spotify should alert its listeners to episodes that contain COVID misinformation. That’s what Spotify has promised to do but it may not be enough, given stronger feelings at the extremes. Even fewer felt that providing other points of view (Rogan’s proposal) was a solution.

That was reinforced by many of the write-in responses from people who opted to enter their own opinions rather than those offered in the question. For example:

In favour of strong action against Rogan/Spotify

“Spotify should be taken down.”

“Joe Rogan has a history of saying controversial things and should have been kicked off Spotify a long time ago.”

“There is no COVID misinformation on his show. It’s just not what the Left wants you to hear.”

“’I’m tired of ignorant people declaring that someone that doesn’t agree with their worldview is spreading misinformation.”

It’s just a matter of time before a similar controversy arises around either Rogan or other creators for which Spotify has exclusive rights. What then? Spotify’s neither-here-nor-there stances could well find them back at square one. As the saying goes, a good compromise is one that makes no one happy.

A mass exodus from Spotify/JRE is unlikely.

Listeners and subscribers are important. But the other major players who can be expected to weigh in on the debate will be Spotify’s ad partners; in the recent Q4’21 earnings call, CEO Daniel Ek said that they were “hearing from” partners on the issue.

Sounds Profitable’s Bryan Barletta points out that podcasters and musicians can hurt Spotify not just by leaving the platform, but also by drawing attention to the brands that choose to advertise on JRE and thus inadvertently become associated with the controversy. Brand safety is a big issue in the ad world.

Spotify is walking a tightrope. With his huge audience, Joe Rogan brings enormous value to Spotify. But it comes with some danger. Spotify will have to tread carefully to get to the other side.

Meanwhile, it stands as a cautionary tale to other platforms thinking of hitching their wagon to controversial content.

The full summary report of the ‘Rogan & Spotify: The Public Weighs In’ study is available here. The study was conducted online among a nationally representative sample of 1,513 Canadian adults from Maru Voice Canada on February 2 and 3, 2022 with an abbreviated survey conducted February 3 and 4, 2022 among 1,514 American adults.

Get audio insights delivered to your inbox!

A bi-weekly email to keep you posted on the changes we’re seeing on the audio landscape.
SUBSCRIBE