Radio: the Humble Toaster of Audio 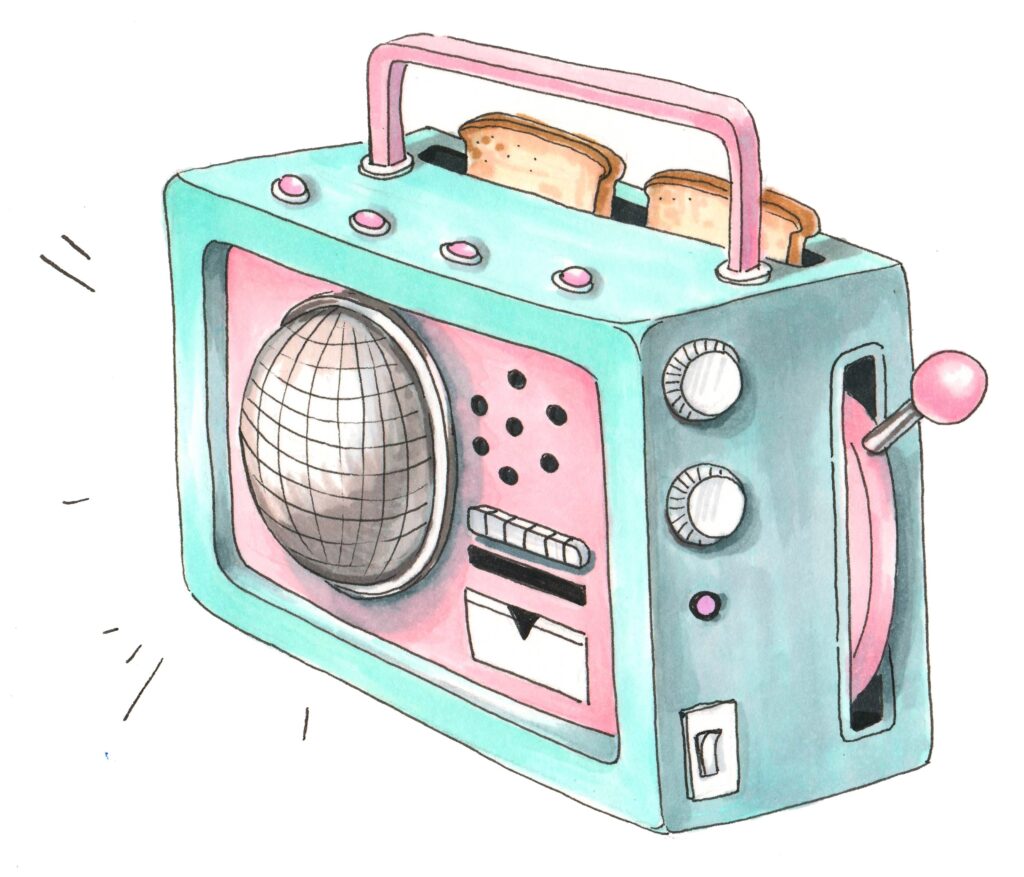 These two fixtures of 20th century life share more than an anniversary. They are survivors.

As much as we may take toasters and radio for granted, most of us still use them both every day.

A long line of appliances— breadmakers, electric can openers, and fondue sets among them—have come and gone, many of them long since relegated to the back of a dusty shelf. Meanwhile, the under-appreciated toaster keeps popping, holding on to its pride of place on the kitchen counter.

And so it is that radio has survived TV, the 8-track car player, the Walkman, and countless other ‘threats.’ And today, even with all the buzz around podcasting and music streaming, radio has uniquely informed, updated, connected, and served listeners as a trusted companion during a once-in-a-lifetime pandemic.

Podcasting and music streaming have shown dramatic growth over the past few years. But while they have pushed broadcast radio out of the headlines, they’re far from knocking it out of the game.

Unlike your kitchen counter, the audio landscape is expanding. Smartphones, generous data plans, ubiquitous WiFi and smart speakers all mean that we are spending more time listening to different kinds of audio than ever before. The share of total listening to radio may be shrinking, but the often-forgotten fact is that the audio pie itself is growing. Recent moves into audio from Facebook and Apple prove it. Audio is hot. (Advertisers take note: time to look at allocating a larger share of your ad dollars to audio rather than splitting up the audio pie.)

Only at the margins. More to the point, music streaming has disrupted the music industry, as listeners move from owning their music to renting it. For years, Canadian music streamers in our annual Radio on the Move study have told us that most of their music streaming is either new time they weren’t spending with any media, or said it was coming from their own music (CDs, paid downloads) or other media. Relatively few say it’s coming from broadcast radio.

Music streaming serves a different set of needs than music radio. Nowhere is that more evident than in the car. The companionship and connection that radio delivers in the car is its superpower. Whenever we get in the car, we reach for the radio. It’s muscle memory and it works across all demos—even though we may not have exercised it as much in the past year,

In our 2020 Radio on the Move study, radio’s share of listening in the car stood at 68%, 20 points higher than its overall share of audio consumption. And the love affair between the car and the radio doesn’t end when Canadians get a ‘connected car’ (having access to WiFi, Apple Carplay or Android Auto). In our Radio on the Move 2021 Update,  connected car owners are actually heavier radio listeners than the average Canadian.

Radio remains the reach machine, with 83% of 25-54 Canadians in major markets listening every week even at a time when fewer of us were in our cars (Numeris PPM; all week; Winter 2021). No other type of audio, or virtually any other medium, comes close.

Lots of things have changed over the past 100 years. Technology has enriched our lives with a multitude of options. People may not give toasters as wedding presents anymore, and kids don’t listen to their transistor radio under the covers these days. But, unheralded as they may be, toasters and radio are still a daily habit or most of us. And we can expect they will be as far as we can peer into the future.

For more insights on AM/FM radio’s evolving role in the expanding audio landscape,  download the Radio on the Move 2021 Update here.