Polishing the Crystal Ball for the Future of Audio 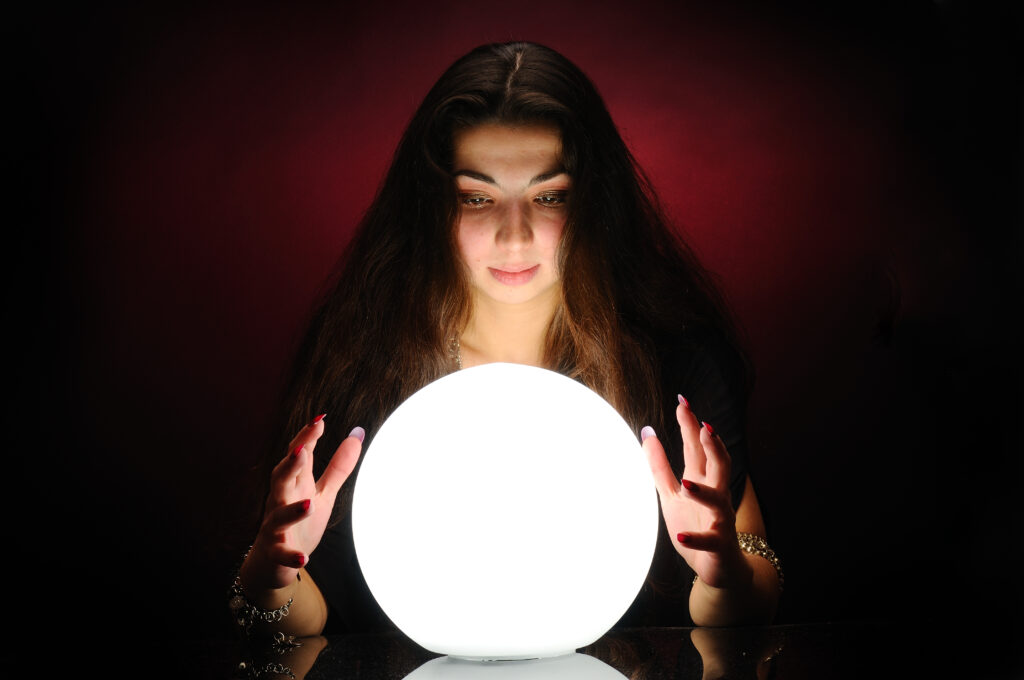 It’s the curse of being a researcher. Our clients often ask us what’s going to happen in the future. But the truth is that researchers have a limited perspective: we see things through more of a rear-view mirror than a crystal ball. At best, we can look at what just happened, review findings from other research, and make educated guesses about the future.

With COVID turning everything upside down, those types of questions are coming fast and furious. Especially now that it looks like the pandemic is not going away anytime soon.

What will life look like after the pandemic? What will happen to the way people listen to (and interact with) audio?

No one really knows the answers, but there are a few things we do know that give us some hints of what might happen.

1. Big disruptions like COVID accelerate changes that are already underway

Think back to the last big disruption: The Second World War advanced technology in countless ways. As just one example, the drive to win the war spurred development of the jet engine and ushered in the jet age.

The war also helped to drive societal change; as women and African-Americans played a bigger role in the war effort, women’s rights and civil rights took another step forward.

During COVID, we’re seeing an acceleration of digital transformation. Online shopping is booming. Advanced technology for online video calls have placed themselves at the centre of our business and social lives. Businesses are re-imagining themselves for a digital future.

There are signs that the shift to digital audio is accelerating too.

2. Audio uniquely serves as an accompaniment to life’s activities

Audio provides the soundtrack to what we do. The ability to listen while you do other things is what sets audio apart from video or text.

Over the past 10 years smartphones, and more recently, smart speakers have helped to expand that multi-tasking role so that audio can now accompany us wherever we go.

Each type of audio plays a natural role depending on the activity. Radio can be a companion, someone with you while you’re driving your car. Music streaming can help you escape or amplify the moment. Podcasts keep you engaged while your hands are busy and your mind is free.

As COVID has disrupted what we do and where we do it, it’s also shaken up our audio habits.

The initial impact was dramatic. In late March and early April, millions of people retreated to their homes to work or learn, restaurants and retailers closed their doors, and friends and families stopped socializing. Music streaming, podcast and radio listening all declined as stay-home orders put a stop sign in front of most of our routines: the podcast you listened to as you walked to work, the radio morning show that kept you company as you drove to work, the big birthday dinner with your friends—all of them cut off at the knees.

As we emerged from lockdown, we’ve taken up new activities. Instead of a trip to the gym and a morning commute, I’m taking a long walk every morning. Others, no longer hitting their favourite restaurants, have upped their game at cooking the evening meal. Still others spent their summer building decks and becoming master gardeners.

Each new activity has its own natural soundtrack. And as consumers have been developing new routines, new audio habits are forming and listening levels are bouncing back.

According to Nielsen, on-demand audio streaming in the U.S. dipped for the first seven weeks, then resumed growth. Podtrac, who track podcast downloads for their participating publishers, saw a similar pattern, with six weeks of declines, followed by a quick return to robust growth; as of October 4th, downloads were up 42% over the past 52 weeks.

Broadcast radio listening has also rebounded, with listening approaching pre-COVID levels as people get back in their cars. Meanwhile, more radio listening is switching to digital streams of the broadcast signal, with smart speakers being a big part of that. In a Radio on the Move survey we conducted back in April, 36% of Canadians who listen to AM/FM radio on smart speakers said they were listening more often during lockdown.

Even if we can’t quite predict the future of audio, we can keep our eyes open for the foundational changes that will shape the future

What new activities, routines, and habits are crying out for an audio soundtrack—and what could that soundtrack be?

COVID-19 has been a Capital D disruption, and listening habits were an early casualty. Yet as we settle into this chaos, people are finding new ways to listen.

By watching closely as new life activities create new listening habits, researchers and their clients can polish their crystal ball and place better bets on the future.

Founder of Signal Hill Insights, Jeff’s career has kept him at the forefront of the changing audio landscape. He has spent the past 25+ years in research, sharing his passion for audio with North America’s major broadcast companies. More recently, Jeff’s been doing the same with podcast publishers.