Are Podcast Hosts Now Holding All the Cards? 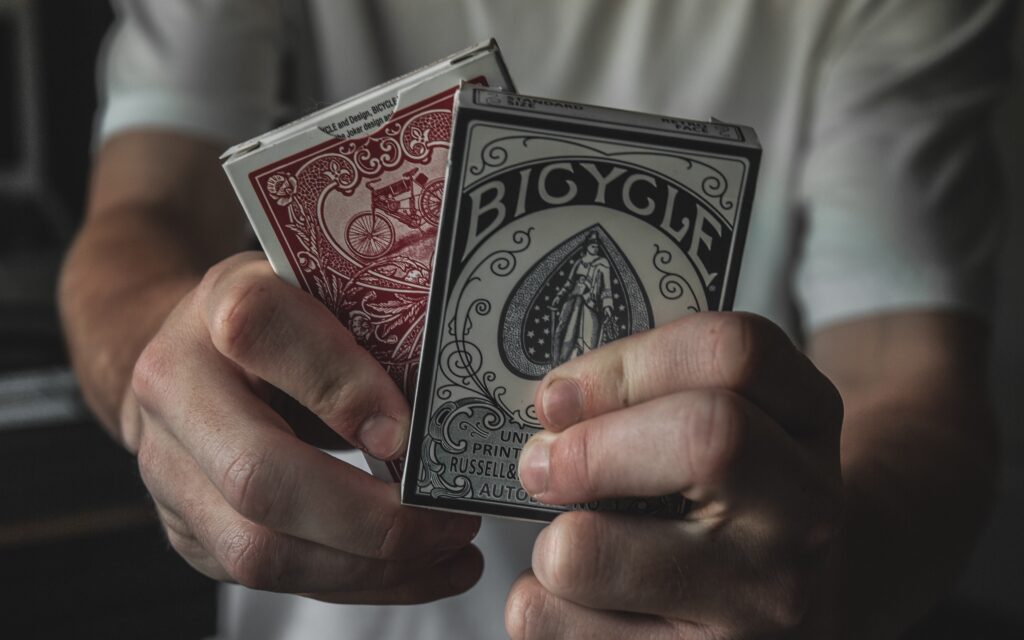 Last year, my wife and I attended a live recording of “My Favorite Murder,” the popular true-crime podcast. In a two-hours-plus show, the first half hour or so featured the two hosts, Karen Kilgariff and Georgia Hardstark, informally bantering back and forth, cracking jokes, going on tangents, and generally chatting like girlfriends grabbing coffee. Their sign off at the end of each episode is “Stay sexy, and don’t get murdered!” (Also the title of their book, which also serves as a dual-memoir for the co-hosts.)

Their fans – a.k.a., “Murderinos” – love it all. Both shows in Toronto were sold out.

If you had pitched a darkly comic show about murder, hosted by two virtually unknown, wisecracking women, you’d probably have been laughed out of the boardroom.

Podcasting has paved a new road.

And as this new medium matures, we are already seeing how it diverges from traditional audio, particularly in the unique power that lies in the hands of the podcast hosts. A couple of recent events have crystallized this for me: Joe Rogan’s eye-popping $100M Spotify deal, and the controversy surrounding the wildly popular “Call Her Daddy” podcast.

Why are podcast hosts unique? And how are they more powerful than your average radio host?

In the podcast research we do at Signal Hill Insights, we see two reasons for this: One, podcasts are deeply personal and more intimate than radio. Podcasts usually focus on niche interests, typically powered by the host’s passion for the subject. It’s lean-in content most commonly listened to on ear buds or headphones vs. the lean-back audio that you get from radio.

Two, the unfiltered, conversational format of podcasts allows the host to inject their personality into the program as well as the ads. They can be their authentic selves in a way that would be extremely difficult in a broadcast setting.  Often, the host and the program are seen as inseparable sides of the same coin.

Just look at The Joe Rogan Experience. Where MFM’s listeners are true crime junkies with dark senses of humor, Rogan’s are all over the place. He has three-hour-long, freewheeling conversations ranging from famous actors, athletes and politicians to the everyman or woman: farmers, doctors, scientists and chefs. And boy do folks tune in. His interview with Elon Musk in 2019 netted 34 million views on YouTube alone. According to The New York Times, The Joe Rogan Experience boasts 190 million show downloads a month. In a survey we did among past-month podcast listeners in Canada a week after the Rogan-Spotify deal was announced, 26% said they had listened to JRE in the previous month.

These are extraordinary numbers and help explain how Rogan was able to ink a deal with Spotify worth $100 million to move his podcast to the streaming giant beginning this fall (with Spotify being the exclusive provider of the show by the end of the year). Importantly, Rogan will retain creative control over the show throughout. Now that’s power.

Why was Spotify willing to fork over this kind of cash, and why do many observers say they got themselves a bargain? If content is king, the host may be the crown when it comes to potential ad dollars. In our Canadian Podcast Listener study, podcast listeners say they are less likely to skip host-read ads than traditional audio ads. And listeners like it when hosts are given the leeway to inject their personalities into the ad (including their personal experiences). Podcast hosts are fertile ground for advertisers looking for engagement and influence. Spotify is hoping that if you take care of the hosts, you’ll find the money.

But there can be a dark underside to this, as with the drama surrounding Call Her Daddy. This no-holds-barred sex and dating podcast launched with Barstool Sports in 2018, and quickly turned its hosts, Alexandra Cooper and Sofia Franklyn, into celebrities. Listener numbers, downloads, ad money and social media traffic exploded, giving the co-hosts plenty of leverage when they tried to squeeze out of their contract with Barstool after disputes regarding pay and merchandising revenue. The dispute got so heated that the show went dark for almost five weeks, returning in mid-May with a special episode called “Daddy Speaks.” The episode was not hosted by either Cooper or Franklyn, but by Barstool Sports president David Portnoy, who used the time to give his opinion on the matter. He mentioned that not having the show was costing Barstool approximately $100k per week in ad revenue. The following week, only Cooper returned to host, with an episode ominously titled “The Funeral.”

The symbiotic relationship between social media and podcasting has resulted in greater leverage for hosts to negotiate their contracts (and thus any associated merchandising, licensing and advertising revenue) up front, instead of after a breakout year. In January, Rogan mentioned then-Democratic presidential primary candidate Bernie Sanders, saying “I like him a lot.” Two days later, the Sanders campaign had inserted the clip into an ad. During “Call Her Daddy”s blackout, the hashtag #FreeTheFathers (the term given to the co-hosts) was trending on social media, in an attempt by fans to pressure Barstool Sports into resolving the dispute. Cooper, in her “The Funeral” episode, enthusiastically thanked her fans for their support, telling them “it has kept me going.”

What Does All This Host Power Mean?

The Canadian Podcast Listener Study is co-published by Signal Hill Insights and Ulster Media, with support from The Podcast Exchange (TPX). Results are based on online surveys using a market representative sample of more than 4,500 Canadian adults from Maru Voice Canada. A free summary report of top-line findings from the 2019 study is available here.